“Do not fail to write down your first impressions as soon as possible. They are evanescent, you know; they will never come to you again, once they have faded out; and yet of all the strange sensations you may receive in this country you will feel none so charming as these.”

Professor Basil Hall Chamberlain gave author Lafcadio Hearn this advice soon after Hearn arrived in Japan in 1890. Hearn failed to follow it. Then spent the next 14 years until his death writing obsessively about Japan.

I failed too. No one gave me this tip when I first visited Japan in 2010. Through hazy memories, I just know somewhere between giggling at the gloved attendant bowing at our departing airport shuttle and cooing over the last cherry blossoms clinging to branches at the end of spring, I was smitten.

I might spend the rest of my life trying to recall that virgin trip’s joyous delirium. It was a whirlwind tour of iconic sites in Tokyo, Kyoto and Osaka. But during my next two trips, I started to discover Japan’s smaller everyday charms… 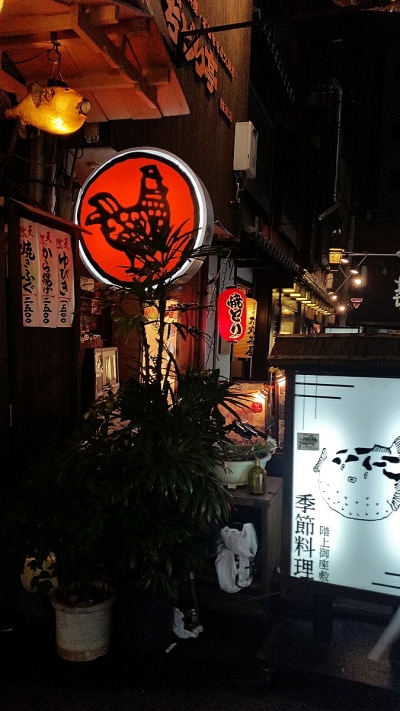 Japan’s grand castles, shrines and cutting-edge architecture impress, but many people fall equally hard for its tiny backstreets. They’re free art exhibitions—tangled sprawls of bars, restaurants and signs. Like the short-lived cherry blossom, each one an ephemeral pleasure, stumbled upon and possibly never found again. 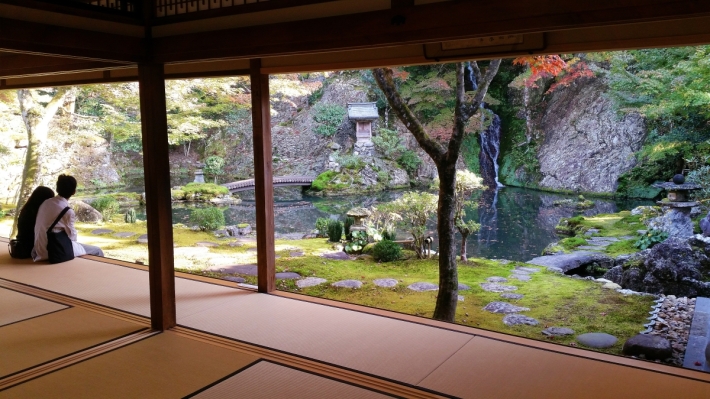 Like flowers pushing up through pavement cracks, beauty always finds a way, even in concrete cities. Eons ago, the Japanese composed music to the chirps of their pet crickets, built platforms to hold moon-viewing parties and wrote poetry as sake in ceremonial cups floated by in streams. Today, festivals and rituals still honour rarefied elegance from millennia past. 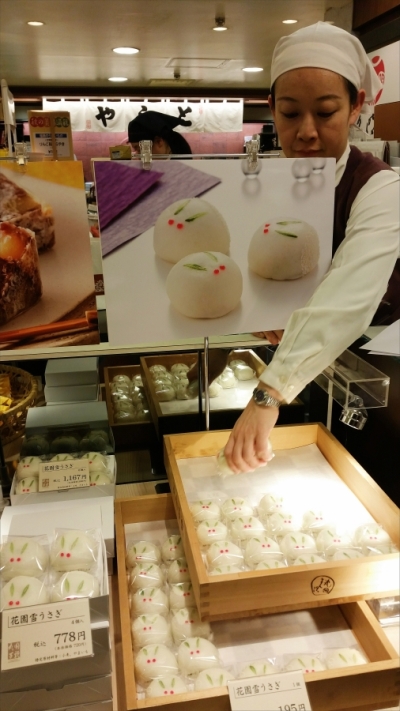 Does kawaii create pockets of happiness in tough, urban environments? You can run but you can’t hide from cute culture in Japan. Since ancient times, this has been a land of multiple gods from nature and the animal kingdom. Perhaps one takes the form of a giant teddy bear in the sky, riding a unicorn, shooting pastel confetti from a spray gun over the entire nation. 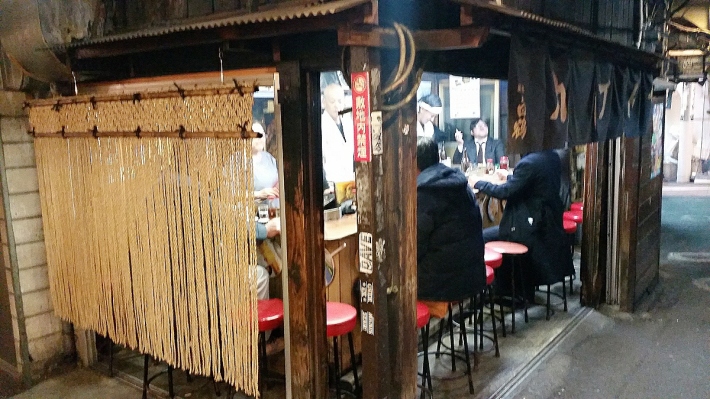 Culinary perfection is served with a side of theatre. Even B-grade laneway joints stun the world’s best chefs. I once winced over tsukemono pickles and feared oden with its parts resembling alien tentacles. Now I down them like candy. My tastes sit somewhere between sushi and ramen and not quite game for grilled chicken offal and fermented squid guts. 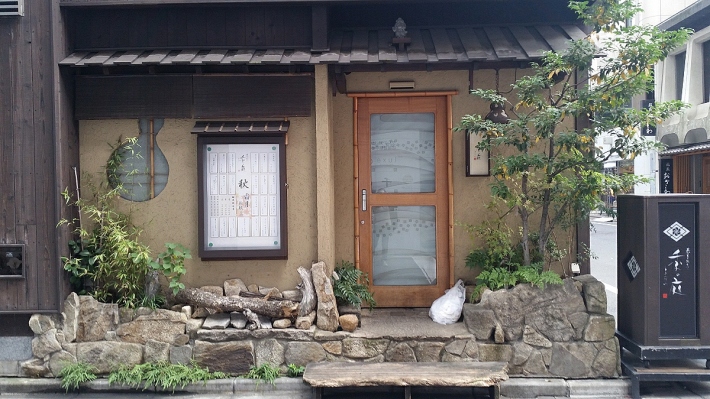 Customer service reaches its highest expression here. I dined at an upmarket tempura restaurant in Ginza. A kimono-clad woman welcomed me. Then, like an iridescent bird, she flitted over stepping stones through an indoor garden to show me my seat. I take snapshots of facades and imagine dream worlds behind each door. 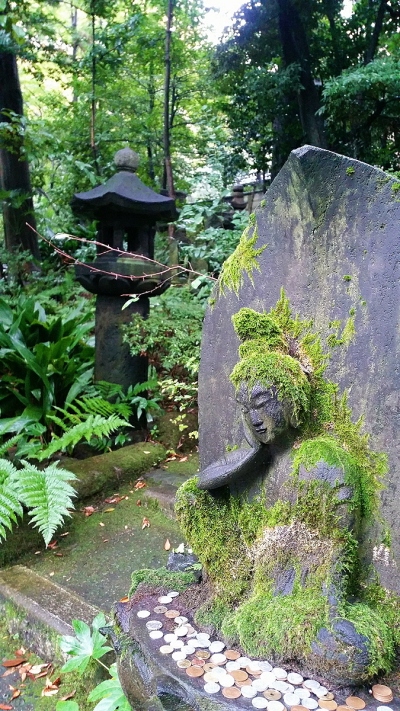 Life slows in a Japanese garden. Omotesando is one of Tokyo’s trendiest zones, where the latest fashions cycle rapidly and relentlessly. But near the designer shops, the Nezu Museum is a vivid green sanctuary where worn and weathered statues wear garments of moss. Sun, rain and time have lent their own stylish touches. 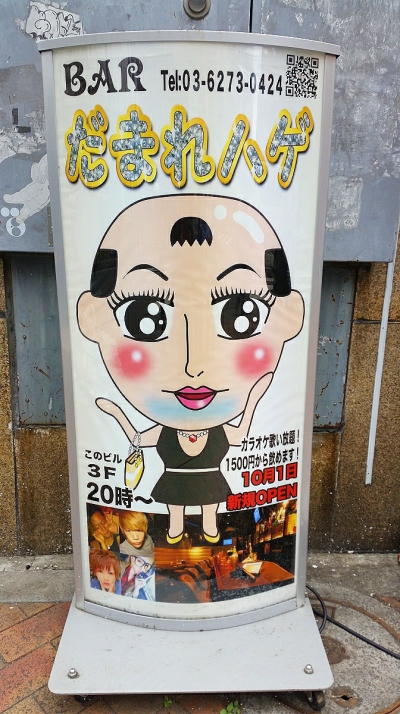 We were in Tokyo’s gay quarter on Halloween. Recently, this costume event has exploded in popularity. Crossdressers out to play as a Singapore Airlines hostess crew fixed each other’s makeup in a diner. On the jam-packed last train, we were squished against the “Ghostbusters” marshmallow man. His jaunty but crumpled hat said, “Stay Puffy.” 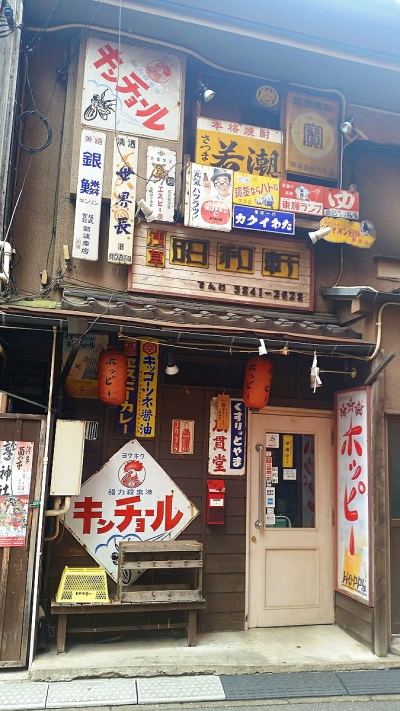 Tokyo hurtles towards the 2020 Olympics. New architectural wonders pierce the sky. But retro charm beams vibrant as neon from old, ramshackle signs. Japan even has a chain of Showa era (1926-1989) themed bars. We gaze up gasping at futuristic structures but nostalgia still flows at street level, in alleys, stirring longings for childhood and simpler times.

Dense webs of power and telephone lines that blight Japanese city skies don’t irk me. They fade into night as the soft glow of paper lanterns seeps in. An underbelly of crime and corruption runs rife. I’m unlikely to ever brush against it.

As a carefree tourist, my Japan exists in the ultra-clean, efficient space in between. A supernatural plane of wondrous 7-11s with their fluorescent tractor beam pull and shops that cater to every human desire. Tokyu Hands sells dental floss in flavours like honey and apple or cardamom and mint.

“Do not fail to write down your impressions as soon as possible.”

These words resonate over 120 years on. It was too late for Hearn and me; it might not be for you. Share this advice with any newcomers. They’ll thank you after recovering their senses from the 360-degree assault that is Japan.

8 thoughts on “Glimpses of My Japan”