Here’s a piece I wrote for Escape magazine, produced in Tokyo.

Every year, clouds of sakura cherry blossoms froth like champagne foam across Japan, immersing millions of intoxicated admirers in their path. The pastel phenomenon usually starts in southern Okinawa in January and hits northern Hokkaido by May.

It’s the country’s most feverishly anticipated social event, celebrated for over 1000 years. In ancient times, the Japanese believed gods lived inside native sakura trees and people laid offerings at the tree bases before the rice-sowing season.

Hanami flower-viewing parties trended from the eighth century amongst the nobility, who swooned over billowing blooms on mountain excursions or in private gardens. In the 17th century, hanami became sanctioned entertainment for commoners when the ruling shogun commissioned sakura-filled public parks.

Today, empty, strewn bento boxes and drunk revelers lie prostrate under trees rather than sacrificial alms. Flowers generally last one week, so popular sites are battlegrounds for prime picnic spots while parties rage into the night. Alcohol sales spike during the sakura period (along with hospital admissions due to over-indulgence).

Famed venues include Tokyo’s Ueno Park, the booziest, most boisterous hanami hangout of them all. In Aomori Prefecture, Hirosaki Castle’s moat is smothered in petals, thick as snowdrifts. In Nara Prefecture, Mount Yoshino explodes in pink and white glory with around 30,000 trees.

About 80 percent of Japan’s sakura are the artificially created somei-yoshino species. Crowds are irresistibly drawn to their puff-laden branches during spring, but not their sour fruit. Somei-yoshino are cultivated for beauty, and like born aristocrats, their purpose is to be majestically decorative.

Hanami evokes a nostalgic, cyclical record of time for the Japanese, who feast for years under powdery canopies with a revolving carousel of faces, old and new.

And like life, nature is capricious. The sakura’s unpredictability is particularly nail-biting for tourists planning holidays. Gauging peak pink is the Japanese weather forecasters’ biggest mission. Across the country, about 10,000 volunteer citizens send photos of buds into meteorological agencies.

Businesses ride the short-lived frenzy by flooding shops with sakura-themed products, from ice-cream to homewares. Lately, the disgruntled masses who miss out on buying Starbucks’ limited-edition mugs and flasks despair over scalped stock flogged online at inflated prices.

Only the most hardened soul is not beguiled by the Japanese sakura. The heart flips in unison with the trajectory of a falling petal on the wind and sinks when it is trampled in the mud. These small fragments cast the spell that stops an entire nation in its tracks. 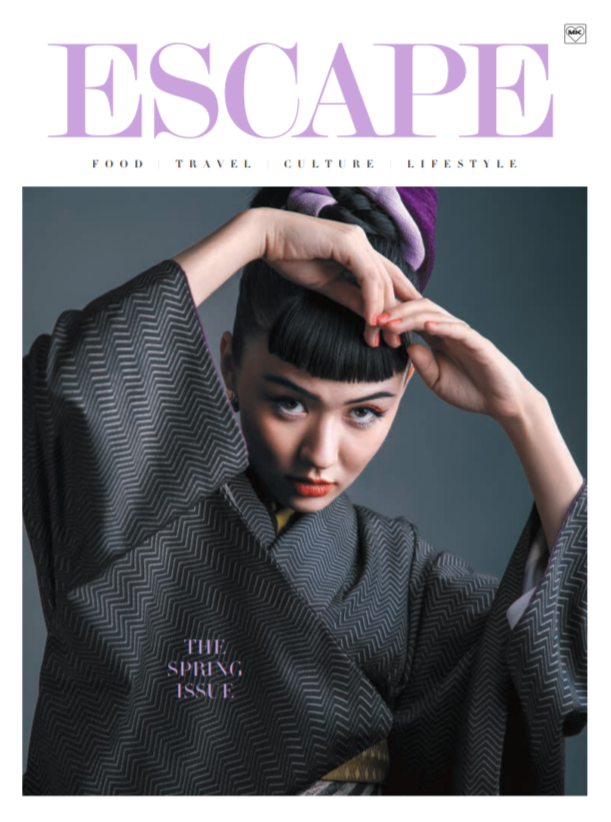 If you enjoyed this, here’s a more personal piece on cherry blossoms I wrote a few years ago: Chasing Sakura Cherry Blossoms in Japan